"If I had known there were people willing to help I would have gotten out of my situation a long time ago." -Sherry 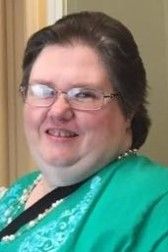 On June 13, 2014 Sherry's life was turned upside down. Her marriage of 26 years ended suddenly and Sherry found herself in a terrible situation. Sherry possessed no drivers license, job, high school diploma, or family on whom she could turn for help. The only people in Sherry's life were her two sons, one of which has a learning disability. Not knowing how she would survive Sherry called Communities in Schools in Catoosa County and there she received help for her immediate needs. Within a year Sherry had attained her GED, obtained her drivers license, and received a job all while volunteering with Communities in Schools for 40 hours a week. In 2015 Sherry applied for a home with Habitat for Humanity in Catoosa County and was accepted. Through determination and paying her "sweat equity" Sherry and her sons were able to move into a Habitat house in 2017. In Sherry's own words: "I have learned through this experience that I am strong and can do many things I didn't think I could do." Sherry's story is only one of many that prove that if people are willing to help themselves, Habitat is willing to help them.